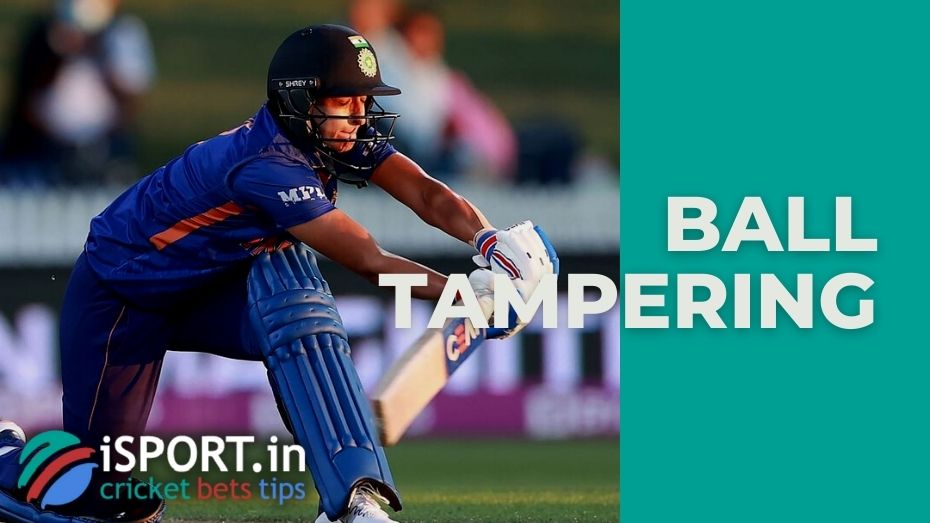 As in life, in sports, you often have to face the tricks of colleagues. In cricket, one of the tricks is ball tampering. This is a situation when a cricketer tries to change the current characteristics of the ball to complicate the catch for the batsman.

Why do cricketers do ball tampering? In this way, you can force the ball to change its aerodynamics. All methods are good for this. What examples are there in the history of cricket? The players tried to moisten the balls with lip gel, and some even used sandpaper. Experienced players know that there are enough changes for one side of the ball since, in this case, its rebound will be more unpredictable.

Previously, the use of saliva by players was considered an effective method without resorting to ball tampering. The cricketers carefully moistened their fists and applied the appropriate manipulations. In 2020, when the coronavirus pandemic was declared globally, the International Cricket Council banned the use of saliva. For such a violation, the team can receive up to two warnings per inning. If the rules are violated for the third time, then the punishment will already be real – a 5-run penalty to the batting side.

Ball tampering was always considered damaging to the seam of the ball, and penalties immediately followed for such a violation. If you look at Law 41, subsection 3 of the Laws of Cricket, then the ball can be polished without the use of artificial substances, dried with a towel and removed dirt from it. 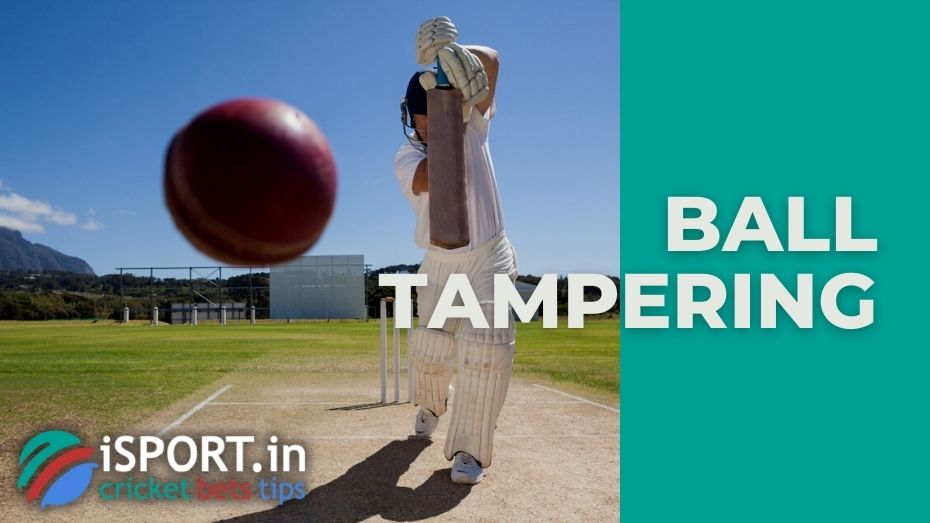 Ball tampering: who is watching?

The umpires working at the match monitor compliance with the rules. If a cricketer is found guilty of ball tampering, the opponent is awarded five penalty runs. Immediately, the team captain has the right to demand the ball. If a bowler violates the same rules for the second time in an inning, he must stop playing in this round ahead of time.

Ball tampering: who violated it?

In the history of world cricket, there are more than two dozen discussed stories when players were accused of ball tampering. One of the most discussed cases occurred in 2001. In the match of the national teams of India and South Africa, the umpire removed the Indian cricket star Sachin Tendulkar from the field for wiping the seam. The episode caused a storm of indignation among the fans of the Indian national team. Representatives of the national team filed a protest. As a result, it was accepted. Tendulkar was cleared of charges, although the International Cricket Council noted that the athlete manipulated the ball without the umpire’s permission.