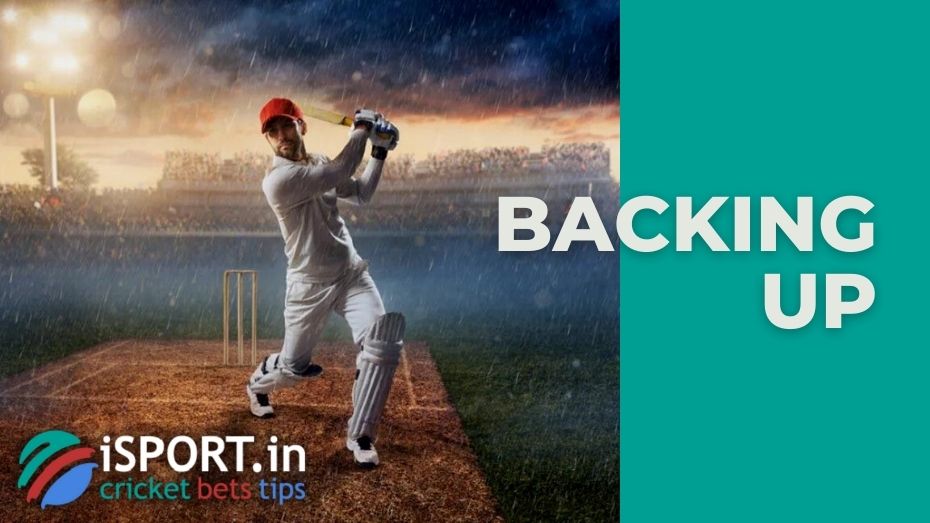 We continue to get acquainted with the basic terms of cricket. Backing up has two meanings, but their meaning is common — cricketers must support each other on the field. And it doesn’t matter what throw the opponent made. It is much more significant if one team does not allow the other to perform light runs.

Backing up: the first meaning

In the first meaning, backing up is interpreted as the actions of a player leaving his crease after the bowler has just made a throw. Quick reaction helps to reduce the distance to the ball if the batsman makes a productive throw. If a defending team player hesitates, he will give additional chances to bowler in a mankad. In this case, the opponent can score several important points.

This is a player who is on the other side of the wicket and trying to throw the ball at stumps to make a run. A cricketer acting in this position can return the ball to play if it does not hit stumps. Thus, the cricketer is preventing overthrows.