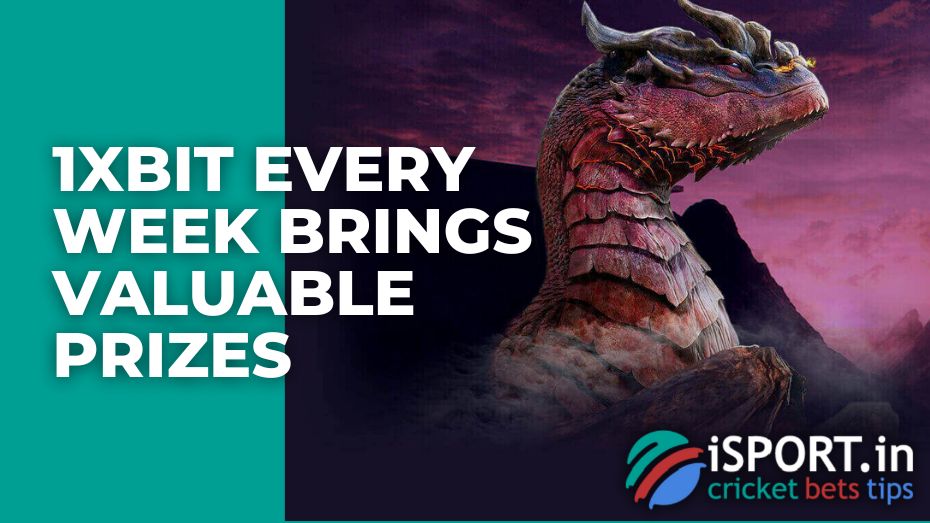 1xBit Every Week Brings Valuable Prizes – the second name of the weekly tournament, in which any registered client of the company can participate, regardless of gaming preferences and general length of stay on the site. Even if you have no experience at all, this will not be an obstacle, because the rules are simple, the number of attempts is unlimited, and the prizes are really amazing!

The promotion 1xBit Every Week Brings Valuable Prizes is held on a regular basis in the Games section. If you prefer to place bets here, you can join the tournament in just a couple of clicks:

Attention: if you are registering on 1xBit for the first time, do not forget to use the 1xbit promo code ISPORT, with which you can get up to 7 BTC to your account.

Funds placed in 1xBit Every Week Brings Valuable Prizes are automatically converted into tournament points. The more you have time to spend in the game section, the higher the chance to overtake the nearest pursuers in the prize race (the outcome of the game session does not matter at all):

Attention: when scoring points, only bets placed with real money are taken into account.

The organizers do not limit the choice of participants in the event 1xBit Every Week Brings Valuable Prizes. The tournament involves all the games of the section with a few exceptions (in particular, “Pachinko”, PF Dice, PF Pokerlight, “Monkeys”, “Crown and Anchor”, “African Roulette” and a number of others; a full list can be found on the event page).

However, if you haven’t had time to explore the 1xBit game collection and are not too confident in the section, we recommend experimenting with the settings and search options. The following options are available:

In addition, you are absolutely free to choose games with an increased percentage of cashback or quests – all of them can help you advance in the race, provided that the basic requirements of the event are met. According to the results of the game week, the leaders of the stage receive:

To find out if you managed to get among the lucky ones, you do not need to write to support since the interim results of 1xBit Every Week Brings Valuable Prizes are published on the promotion page and are regularly updated. The accrual of the won funds and free spins is also made automatically. Last but not least, the winnings received do not require wagering, so it is also not necessary to additionally redeem them with a certain wager. After receiving your reward, you will be able to immediately use it at your own discretion – for example, to cash out, put on bets in one of your favorite sections or take part in another race, tournament or quest.

We wish you good luck in the game!