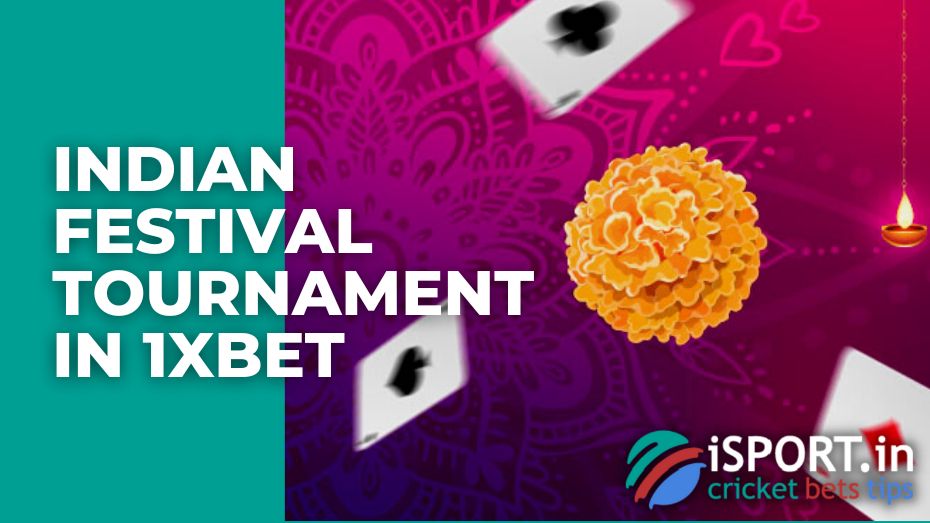 Have you stopped having enough brightness and pleasant emotions in your life? Or maybe you just want to distract yourself and get as much pleasure and profit as possible? In this case, we advise you to pay attention to the Indian Festival Tournament in 1xBet. The tournament will be held in two stages from August 12 to September 11, drawing 4,000 euros in each round. We will tell you how to take part in the event and get as many prizes as possible.

It’s no news to anyone that 1xBet games is a source of a variety of bright entertainment from the best providers in the world and a great place where you can not only have fun, but also get a considerable profit in the process. The most fun begins during the tournaments because it is at these moments that the company plays additional prizes, which anyone can get.

Confirmation of the above words will be the offer Indian Festival Tournament in 1xBet, which will be held from August 12 to September 11, 2022. Within a month, the gambling platform will draw a prize fund of 8,000 euros. To receive cash prizes to as many players as possible, the event will be divided into two stages:

In each of the stages, the company will raffle 4,000 euros, which will be distributed among 15 participants of the tournament who have demonstrated the best results. The larger the player’s contribution, the more solid the cash prize.

Many people will probably be interested in how to take part in the Indian Festival Tournament in 1xBet and get from 50 to 1,300 euros in each of the stages. We will not torment and share the details of the company’s promo.

Indian Festival Tournament in 1xBet: terms of the promotion

So, the new promotion of 1xBet will be held in a tournament format, which means that users will need to compete with each other, fighting for cash prizes. What needs to be done?

According to the conditions, the promotion participants need to collect tournament points, the number of which will determine the winners of each stage (the more points – the bigger the prize). You need to score points in the game Andar Bahar. How will the points be credited? It depends on the part of the tournament:

During the stage, the points earned will be added and displayed on the leaderboard in 1xBet online. You can follow the intermediate results of which at any time. The players who take the first 15 positions will receive cash prizes in the amount of 50 to 1,300 euros.

What else should you pay attention to before participating in the Indian Festival Tournament in 1xBet? On a number of basic rules. Firstly, it is impossible to get points without having a gaming account on the company’s website or mobile application. If the account has not been created yet, we advise you to study the article 1xBet promo code, where we told you how to register with an increased bonus.

Secondly, activating the promotion before opening the Andar Bahar game is essential. Without clicking on the “Take part” button, points will not be awarded, and accordingly, the chance to receive a cash prize will disappear.

Thirdly, it is important to remember that only bets made for real money take part in the Indian Festival Tournament. A variety of bonuses or coupons purchased in the 1xBet promo code store will not be able to bring tournament points.

Do I need to wager the money received during the tournament? No, all winnings, as well as tournament prizes, are automatically transferred to the main balance and do not need to be wagered.