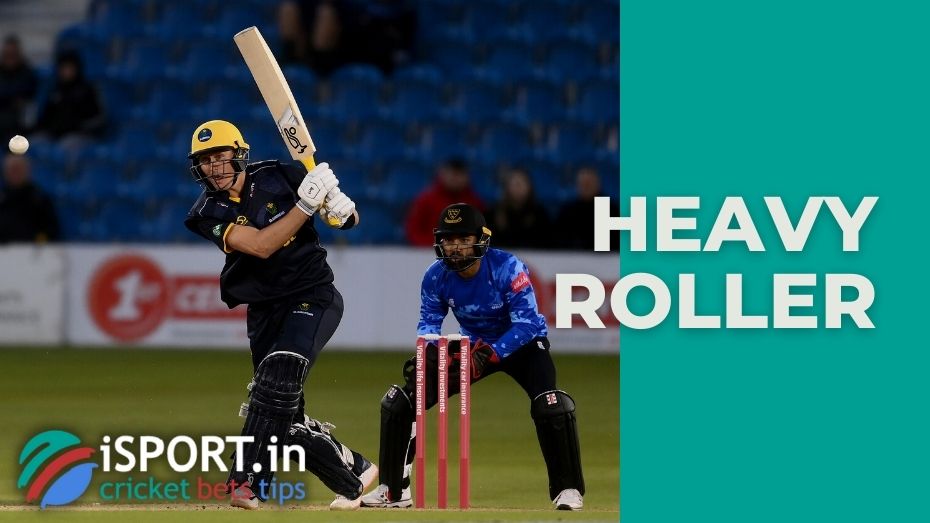 The heavy roller, or heavy ice rink, is an irreplaceable tool on which the state of the playing field in cricket depends. The stability of the wickets, the safety of the borders, and the cricketers are directly related to how well the field was prepared. The peculiarities of the soil do not always allow you to achieve the desired result manually. Therefore, two types of rollers are used to bring the site into proper shape – light and heavy.

The first heavy versions of rollers appeared in the 30s of the last century. One of the most famous photographs in cricket history shows ground player Bosser Martin next to his Bosser’s Pet ice rink. It could not be operated alone: ​​it took several people to level the court without injuring anyone evenly. However, thanks to Martin’s Heavy roller, they managed to bring the famous The Oval to a state close to ideal: the British defeated the Australians in the August test match by a huge margin and a total of 903/7. Later, eminent commentator and writer Mike Salvey, who worked for The Guardian, noted that Martin managed to bring the playground to concrete.

Unsurprisingly, the next step was the invention of motorized rollers. The lighter versions are still used today on so-called “soft” pitches that need to be leveled regularly as they last longer with ball dents. By hardening in the light, they slow down the movement of batsmen and pose a very real threat to their health.

The heavy roller, on the other hand, is used on hard and dry playgrounds. It was believed that under their influence, the soil cracked, but later this misconception was dispelled.

The right to choose the rink in test matches belongs to the captain of the battering team (except for the first playing day). The Marylebone Cricket Club’s ICC cricket rules state the following:

It should be borne in mind that in the end, it is the choice of the captain in such a situation that can predetermine the outcome of the entire game as a whole. He demonstrates his decision by gestures, either raising his palm high (Heavy roller) or lowering it to the ground (light roller). If the choice fell on the heavy version of the rink, then the site will be smoothed out, which means that those cracks in the hands of the spinners will disappear. Both teams can take advantage of the situation, but the slugger will be in a more advantageous situation, especially if her batsmen have not only high speed but also know how to calculate the trajectory of the ball after rebounding from a hard surface.

The benefits of using the Heavy roller for one party have long been the subject of intense discussion. So, it was even decided to temporarily abandon heavy ice rinks in the 2010-2012 seasons in the Championship of the Counties, but the ban did not last long – they returned to the field again already in 2013. Former English cricketer Steve James noted:

“All the light matches gave was a cocktail of uneven bounce and lateral movement. Some of the matches were just plain terrible. All that was left to hope for the teams – a chance to be the first to have time to score enough points on a wet pitch because the surface pitted with dents became simply dangerous by the fourth inning.”

Despite the growing popularity of the limited-overs format, ice rinks are still an important part of modern cricket, and their preparation and proper use have become a whole science. The choice of models is influenced by the leadership of the associations and the players and ground players themselves, so it is safe to conclude that the last page in their history has not yet been written.

Interestingly, the Heavy roller is often referred to as a chapati (Indian flatbread made from Indian flour).