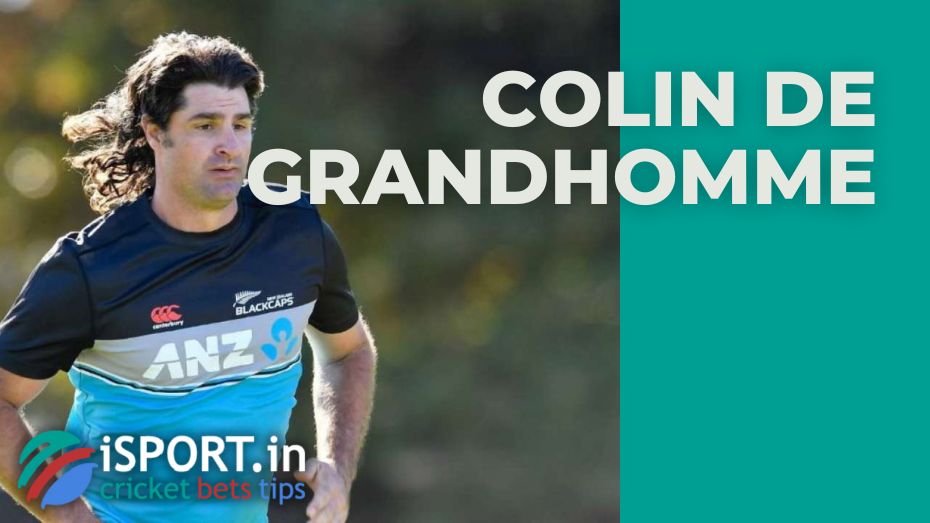 It is reported that due to the injury, de Grandhomme will not be able to help his teammates in the second and third confrontations with the England national team.

While there is no exact data on the severity of Colin’s injury, but an initial examination indicates that de Grandhomme has a rather serious foot injury.

Our site publishes forecasts for sport, news and various promotions from the world of gambling. For example 10cric promo code for new players.

Colin de Grandhomme underwent an MRI on Monday. The results are still unknown, but New Zealand experts note that Colin is likely to miss 10 to 12 weeks.

“It’s a shame that Colin got this injury so early. He is very useful for the national club, and his loss, of course, will affect the game of our team,” said Gary Stead, New Zealand head coach.

Michael Bracewell will replace Colin in the national squad.

Share:
Author: Avanti Rakmini Position: Newsperson
Other articles by this author: - Sunil Gavaskar said that it is not necessary to overestimate young stars in advance - Justin Langer has never applied for the post of head coach of the England squad - Mumbai Indians sensationally beat Gujarat Titans All articles by this author