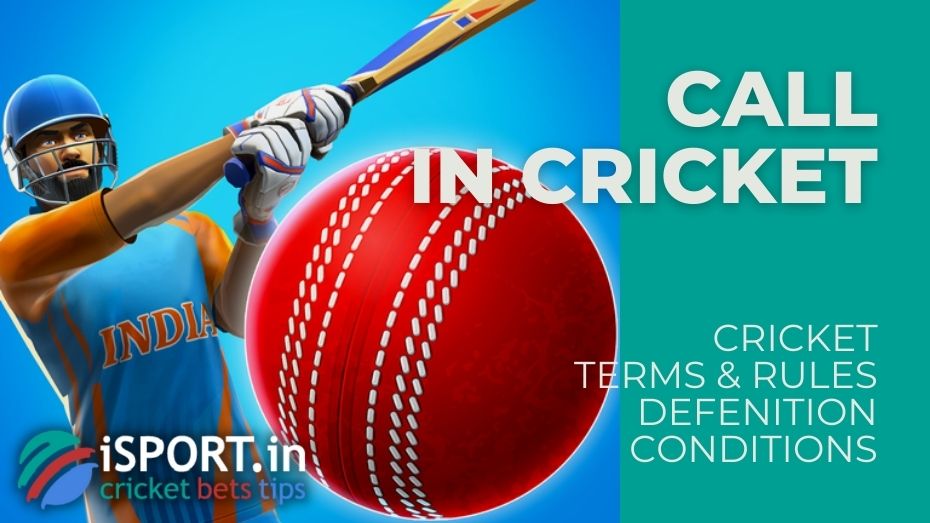 Call: something about term

The word call can be used by absolutely any player during a cricket match. In fact, this word has two main designations:

By the way, in any team sport, it is important to communicate with the team. Firstly, it will save you from unnecessary injuries, and secondly, this is how the team shows its unity, which in almost any situation will result in a good outcome of the game.

The Call in Cricket is a very important person, a lot depends on him. Read more information about cricket in our section with cricket terms.

Call in Cricket: what you need to know