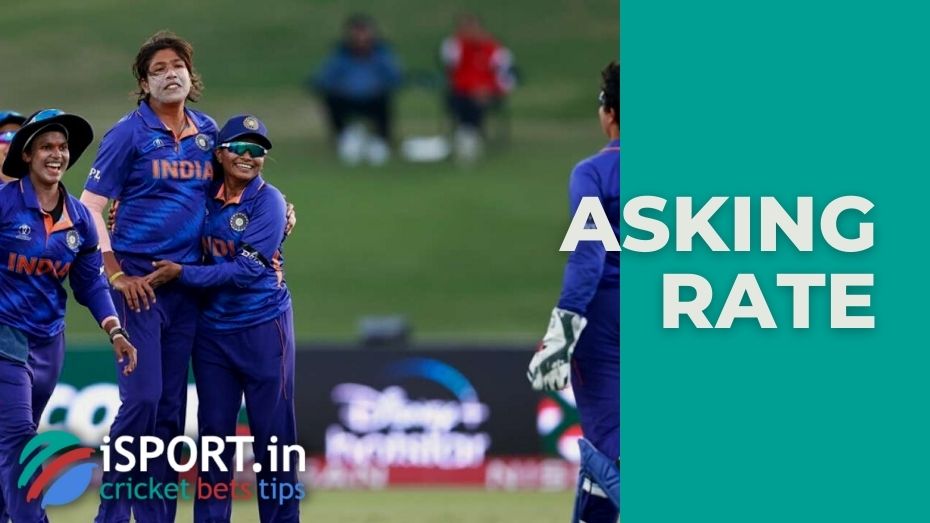 This term in cricket means almost the same thing as “required run rate”. The asking rate expression is relevant for games with a limited number of innings.

To beat the opponent, each team strives to gain the maximum number of runs for each over. The following formula is used to calculate the asking rate: the total number of runs is divided by the number of overs remaining in the match.

Usually, the asking rate is higher in matches of strong teams, where high-level players converge on the same field.