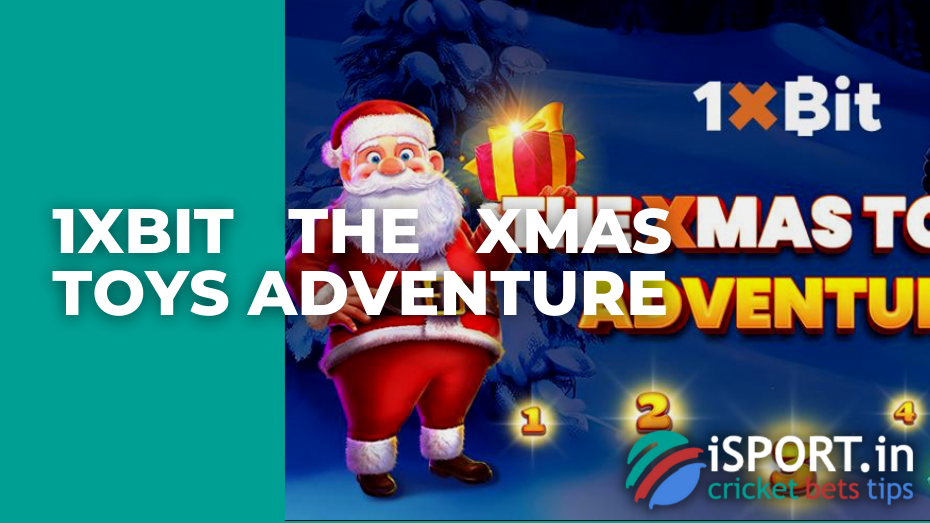 Is it possible to win up to 130 mBTC by betting on slots? There is nothing easier if you are a client of the rapidly gaining popularity of the 1xBit platform. On the eve of the New Year holidays, a tournament with the colorful name 1xBit The Xmas Toys Adventure started. Large prizes are prepared for the most active. All the details are in our material.

Anyone who has at least once placed a bet on real money in 1xBit probably drew attention to the clear and thoughtful structure of the official website. There is nothing superfluous here, the color scheme does not hurt the eye, and all the necessary links are at hand. However, from time to time, edits are made to the main menu: on the eve of major sporting events (for example, the football World Cup) or long-awaited holidays, additional items with links leading to the pages of exclusive promotions appear in it. The most recent example is the 1xBit The Xmas Toys Adventure with an impressive prize pool of 600 mBTC.

The event starts on December 20, 2022 and will last until January 12, 2023 (23:59 world time). It is enough to perform only three elementary steps to get into the number of participants:

Attention: if you don’t have your account on the 1xBit platform yet, start with its registration and don’t forget to use the special ISPORT promo code – you can get a welcome promotion for up to 7 BTC with it!

In the rules of the 1xBit The Xmas Toys Adventure is absolutely nothing complicated: it’s enough to bet for real money on the slots you like, earning tournament points. You can give preference to a specific provider or choose a slot machine based on one of the following criteria:

Attention: games of the categories “Baccarat”, “Blackjack”, “Poker”, “Roulette”, “Bingo”, “Keno”, “Crash” and “Others” are excluded from the draw.

Tournament points in the 1xBit The Xmas Toys Adventure is credited according to the following scheme:

The draw consists of twenty-five stages. To move to each next stage, you need to accumulate a certain quantity of TP and do it before the rest of the participants (so, if two players go level, the preference will be given to the one who met the limit first):

Finally, one more critical clarification. The result of a single spin does not matter in this case. However, all your tournament spins must be paid with funds from a real (non-bonus) account. The final summing up of the prize race and the awarding of prizes will take 72 hours from the end of the event. The funds received do not require wagering.