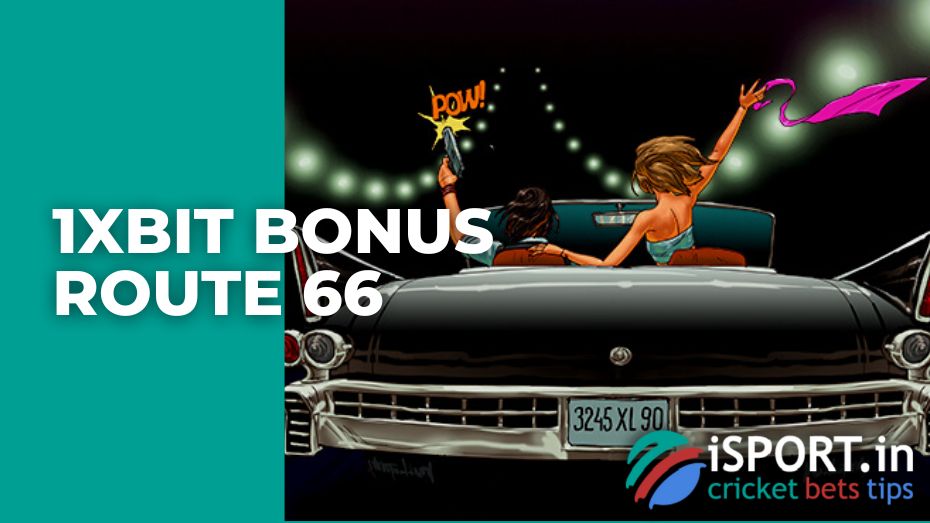 1xBit does not get tired of delighting its customers with new bonuses for every taste. One–time and permanent, deposit and promo codes – all this and much more can be found on the official website and in the mobile application for iOS and Android. Today we will tell you about the bonus 1xBit Bonus Route 66 for up to 10 BTC, which can be requested every Monday.

1xBit Bonus Route 66 is among the permanent rewards – if you wish, you can activate it every Monday.

Why is this necessary?

1xBit Bonus Route 66 is available by default to all 1xBit customers, regardless of their status in the loyalty program, experience and duration of stay on the site. If you wish, you can request this bonus even if you registered just a few days ago!

Attention: do not forget to use the ISPORT promo code to get the maximum benefit from registering in 1xBit, with which you can get up to seven mBTC to your account already at the start!

1xBit Bonus Route 66 is activated in just a few clicks, but it is very important not to miss anything:

Like any other deposit bonus, it will be credited to the bonus account. This is a standard procedure, which implies temporarily limited client access to the received gift, which is to be wagered.

As already mentioned, this takes exactly a week. Since the promotion is included in the “Casino” category, you will have to wrap the entire amount with the x35 wager in the gaming section. Before you start wagering, activate the promotion in the bonus tab of your account.

There are no special restrictions on the choice of slots and tabletops, which means that if you wish, you can try your luck on one or more slot machines from the following categories:

In addition, the list of available slots includes Bingo, Keno and several others, including classic board games.

Attention: even though the rules of the site do not prohibit activating and using several bonuses at once, only those stakes that were paid with real funds from the main account are taken into account during the wagering period.

If you have completed the task successfully, then you will be able to activate the 1xBit Bonus route again 66 in a week.