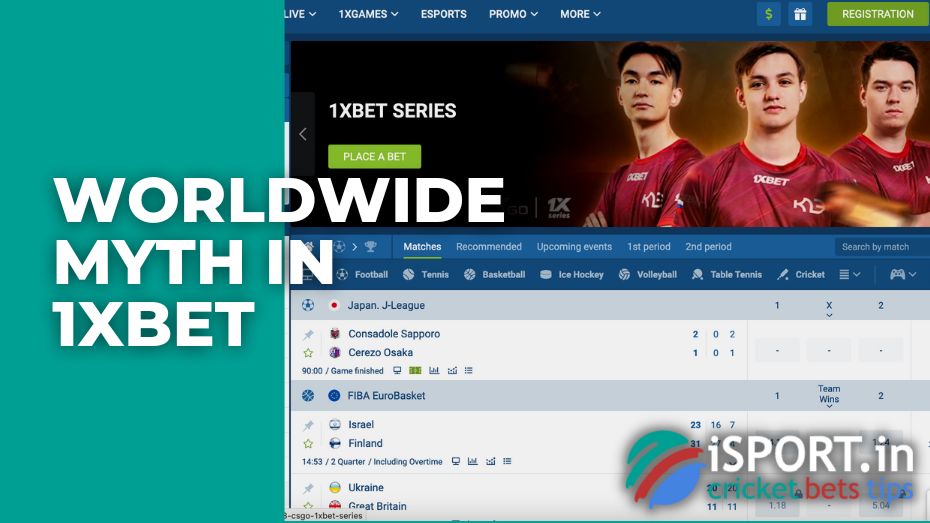 Are you already saying goodbye to the last days of your vacation and thinking that the bright summer season is over? In practice, no less warm weather awaits everyone at the beginning of autumn and there is an exciting Worldwide Myth in 1xBet promotion with a prize fund of 3,000 euros from August 29 to September 4. We will now tell you how to participate in the tournament and become the owner of the raffled funds.

It’s probably not news to anyone that 1xBet loves to launch tournaments for casino players. The reason for a new event can be anything: a holiday, a sports competition, a change of seasons, the upcoming weekend or a good mood at the resource administration.

The Worldwide Myth in 1xBet event will be held with a prize fund of 3,000 euros in the period from August 29 to September 4, 2022. The tournament is open to absolutely everyone, but not everyone will be able to get money. According to the rules, prizes will be awarded to the top 15 participants by their positions in the leaderboard.

The tournament conditions will please experienced users and beginners who have never participated in such events. The main rule of the promotion is to spin promotional slots and enjoy 1xBet games. We will now tell you how to implement our plans and get into the leaderboard.

So, in front of us is a tournament filled with myths and legends about gods and supernatural beings. How to take part in it and win more than real money (for a moment, you won’t even have to wager the prize money – they will immediately go to the main balance)? The conditions are as follows:

Which slots do you need to spin to earn points? Following the name of the promotion, the company chose the most legendary and mythical slots, which included the following slot machines:

Who will become the winner of the Worldwide Myth in 1xBet tournament and the owner of funds? To make everything fair, the distribution of the action participants by positions will be made by the number of points they have scored. So, the bettor who scored the most points will take first place.

As mentioned earlier, there is no need to wager the prize money. Within 72 hours after the end of the tournament, the system will transfer money to the winners’ accounts, who will be able to independently decide how to use a pleasant replenishment of the balance.