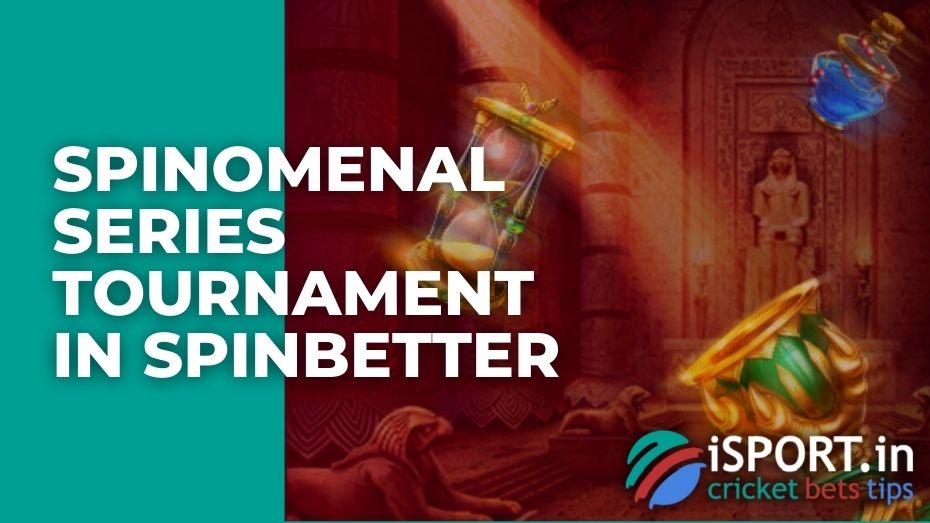 For almost two months, a contest called Spinomenal Series Tournament in Spinbetter will be held on the official website of the popular gaming company. The prize fund of the bonus offer is 100 000 EUR. This money is played in 6 stages. Each round has its own rules and a list of promotional games. The winners of the tournament do not need to win back money. Find out the rest of the information in the article!

Spinomenal Series Tournament in Spinbetter: have time to take part in a new contest

If you are fond of gambling on the Internet, you probably could have heard about Spinbetter (previously it was called Casino Z). This is the official platform that carries out gaming activities under the Curacao international license. The casino website is open to all customers. The portal is available in more than 50 languages.

To become a user of the company, you need to register for free. To do this, open the online casino website and click on the red Registration button in the upper right corner. A small registration window will appear in front of you, in which you need to fill in a few empty lines.

It is possible to create an account by mobile phone number or via email. Enter your personal data and start earning real money:

The line with the promo code is needed to pick up the increased initial bonus at the very beginning of the game. You can skip this line, but we still recommend filling it out using Spinbetter Promo Code ISPORT. If you enter the unique characters, then you will receive up to 1,750 EUR + 150 FS to the account for creating a profile.

In addition to the fact that online casino clients can use all the gaming software, they also have the right to participate in various bonus offers. With the arrival of summer, a large number of profitable tournaments began to appear on the site. We will analyze one of the actual tournaments in this material.

Spinomenal Series Tournament in Spinbetter is a new bonus offer that runs from June 30 to August 21, 2022. The prize fund of the tournament is 100,000 EUR. The main sponsor of the event is the popular gaming provider Spinomenal.

Spinomenal is a modern developer of online gambling. The company started releasing online games in 2014. The provider works thanks to an international license. To date, the company has created and released about 120 diverse slots.

To take one of the prizes, players must score as many tournament points as possible. To do this, they just need to purchase spins in promotional slots (Book of Demi Gods II, Majestic King, Queen of Fire, Queen of Ice, Queen of Fire – Frozen Flames). 1 point is credited for each winning spin. The minimum price of one bet is 0.2 EUR or the equivalent in the player’s currency.

The 2nd stage is called The Wildlife. It runs from July 7 to July 17. The table with prizes looks exactly the same as in the 1st round. Here, participants receive 1 point for every 10 spins (regardless of the outcome). The minimum price is 0.2 EUR. There are a few more promotional games:

In the 3rd stage, Egyptian Empire, points are credited for each winning round (1 winning bet is 1 point). The points received are summed up throughout the tournament period. The prize pool is exactly the same as in the previous 2 rounds. Betting is allowed in 11 slots (Book of Demi Gods II, Majestic King, Book of Rebirth, Book of The Divine, Egyptian Rebirth II, Times of Egypt – Pharaoh’s Reign, Times of Egypt, Egyptian Sands, Nights of Egypt, Egyptian Ways, Egyptian Eclipse). The minimum stake price is 0.2 EUR. The 3rd round takes place from July 18 to 27.

Legends of Egypt is the name of the 4th stage of the Spinomenal Series Tournament in Spinbetter. Dates: from July 28 to August 3. There are 100 prizes. There are 4 qualifying games in this round: Book of Demi Gods II, Majestic King, The Ankh Protector, Story of Egypt.

To earn points here, participants must receive one of the listed symbols (1 point for each symbol):

The 5th round is called Folktales. It is held from August 4 to August 10. Cash prizes are awarded to the 100 most active participants (funds are distributed in the same way as in the previous stages). There are 6 promotional slots:

Points are credited for every 10 spins. The minimum stake is 0.2 EUR.

Finally, the last 6th round is the Mythology Series. The dates of the final stage are from August 11 to August 21. There are 100 prizes, but the money fund of the round is much larger:

To score points, participants of the Spinomenal Series Tournament in Spinbetter need to knock out as many winning coefficients as possible (the higher the multiplier, the more points). All points for the stage are summed up. The minimum price of one bet does not change. 10 promotional slots:

The winners of the rounds will receive their prizes within 72 hours from the end of this tournament. There is no need to wager the money. Note that betting is allowed only for real money. The organizers of the tournament have the right to change or supplement the terms of the draw at any time. Good luck and big wins!