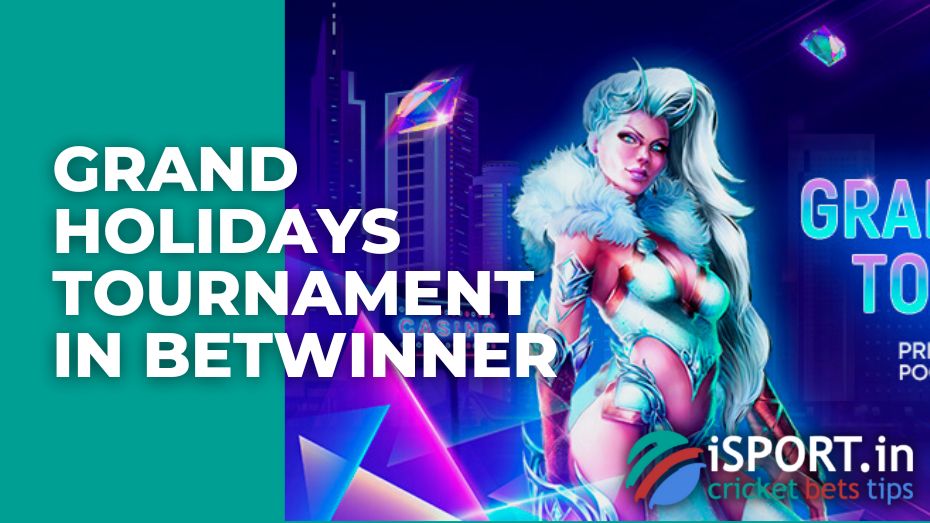 Casino tournaments can be confidently called the most popular and sought-after promotions on gambling sites. It is these online events that allow you to feel the spirit of rivalry and excitement, as well as get a solid win. Today we will tell you about the large-scale promo Grand Holidays Tournament in Betwinner with a prize fund of 500,000 euros, which will last for the period from August 31, 2022, to January 10, 2023.

Casino tournaments are held regularly on the Betwinner gambling site. The company cooperates with many gambling entertainment providers and, together with them, raffles hundreds of thousands of euros as part of short but exciting events.

In the period from August 31, 2022, to January 10, 2023, the gambling platform will delight with a large-scale Grand Holidays Tournament with a huge prize fund of 500,000 euros. The funds will be drawn in several stages, in each of which the 70 best participants will receive from 40 to 2,000 euros as a non-wagering prize.

Are you ready to find out the schedule of events and get acquainted with the tournament’s rules? In this case, we will not torture and share key information about the upcoming event.

So, as mentioned earlier, the Grand Holidays Tournament in Betwinner will be divided into several stages, at the end of each 70 leaders will receive cash prizes. To become one of the winners, you must spin qualifying slot machines and score points. The one who has more points will have the prize.

At the first stage, which will take place from August 31 to September 7, 2022, you will need to spin some of the most popular slots available on the official website and in the Betwinner app:

Points will be awarded for multipliers. The points are summed up. The minimum bet amount in the Grand Holidays Tournament in Betwinner is 0.20 euros.

The second stage of the promotion will be held from September 8 to 14, 2022, and will raffle cash prizes in the amount of 40 to 2,000 euros. To get one of the presents, you will need to make spins for 0.20 euros in the following slot machines:

As in the previous stage, points will be awarded for multipliers. The more points – the higher the position on the leaderboard and, accordingly, the larger the cash prize.

The third stage of the Grand Holidays Tournament in Betwinner, which will be held from September 15 to 21, 2022, will be timed to coincide with the beer festival. The rules are still the same, and the promotional slots will include the best themed games:

The larger the multiplier in beer slots, the more points will be credited to the participant. And as we already know, it is the points that are an indicator of success.

The fourth stage of the large-scale tournament will be held in the last week of September: from the 22nd to the 28th. To get into the leaderboard and get cash prizes, the participants of the promotion will need to spin the following slot machines:

According to the established tradition, points will be awarded on multipliers. The minimum bet is the same: 0.20 euros.

It is worth noting that we have shared the schedule of the Grand Holidays Tournament in Betwinner for September. Current slots and conditions for participation in the next stages of the promotion can be found on the company’s official website.

What should I pay attention to before and during participation in the promotion? The tournament has several conditions that are relevant for each client of the company:

Of course, it is worth recalling that cash prizes received as part of the promo do not need to be wagered. The money will be credited to the main account within 72 hours from the end of the stage, and how to dispose of it is up to you!