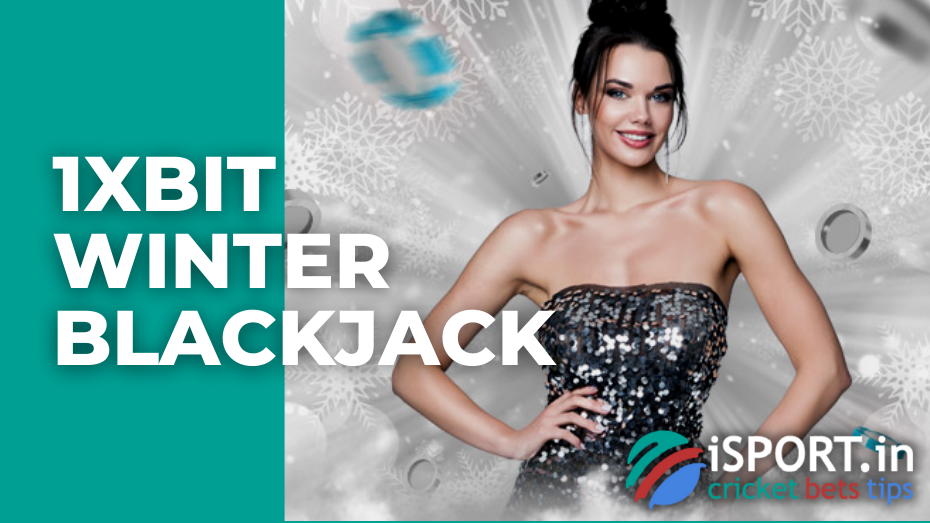 As a rule, the more significant part of bonus events in modern online casinos involves playing slots with a parallel accumulation of prize points. In such a situation, fans of classic card games often feel aggrieved because their preferences are almost not taken into account. The popular online cryptocurrency casino decided to fix this flaw by offering the original 1xBit Winter Blackjack promotion to the court of regular customers, which we will tell you about today.

There is hardly a gambler who has never heard of blackjack, a card game that is a “relative” of the famous 21. According to one version, its roots go back to the XV century AD, and its popularity was such that the concerned church even tried to fight it by burning cards and dice – however, to no avail.

With the development and complication of blackjack rules, several varieties of this game appeared, which were soon noticed by gaming software suppliers. This is how colorful stimulators were developed, allowing you to fully experience the casino atmosphere without looking up from your PC or phone and make several profitable bets.

Well, in order to get a solid increase in winnings, it’s worth joining the promotion called 1xBit Winter Blackjack. The winners will be able to get at least 10 mBTC net to the account!

The rules of participation are simple:

Especially for the convenience of the participants of the 1xBit Winter Blackjack promotion, all available qualifying games are hidden under the link “Tables from the BlackJack category”. So, for example, you can choose a numbered blackjack (BlackJack 1, BlackJack 5) or stop at “Lightning Blackjack”, “High-speed VIP Blackjack”, “Golden Blackjack” or “Bulgarian Blackjack”. The only exception, in this case, is games from the provider TV Bet, which do not have the status of qualifying.

For every 0.1 mBTC bet, participants of the 1xBit Winter Blackjack event receive 1 point. To qualify for one of the prizes, you will need to accumulate at least one and a half thousand points – quite a feasible task even for a beginner because the fact of placing bets is important, not their outcome.

How is the prize pool distributed?

You can follow your game progress directly on the 1xBit Winter Blackjack event page, where an updated leaderboard is posted. This is necessary to maintain the players’ excitement and resolve possible disputes because situations in which two or more participants can score the same number of points are not excluded. If this happens, then preference is automatically given to the player who achieved the desired result first.

The prize money is credited within three days from the end of the promotion. At the same time, there is no wagering or fulfillment of any additional conditions – you receive the reward at your full disposal and can use it as you see fit (withdraw it to the card, spend it on new bets, take part in the next event of your choice, and so on).