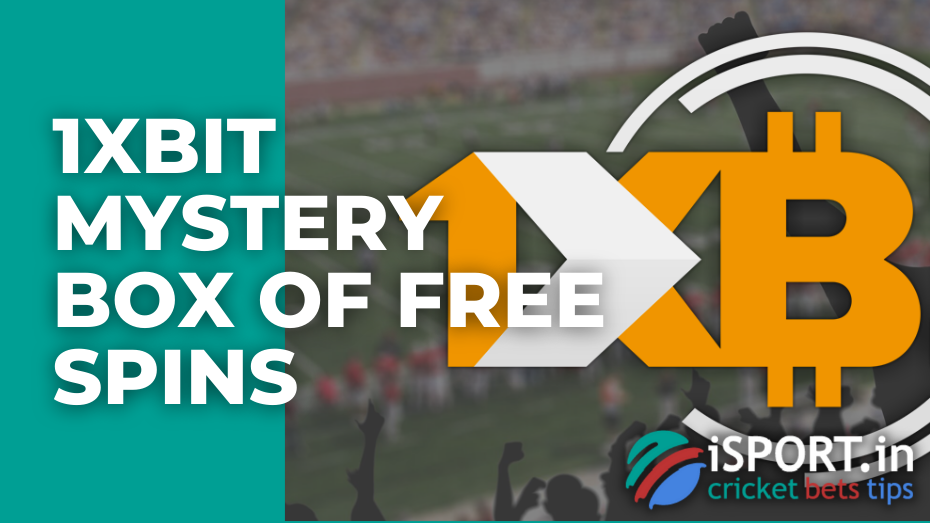 Get extra free spins as a gift for playing slots? There is nothing easier if you are a regular customer of the 1xBit company and regularly place bets in the gaming section. Today we will tell you about the main nuances of the permanent 1xBit Mystery Box of Free Spins promotion and how to get the most out of it.

1xBit Secret box of free spins appeared in the list of permanent promotional events of the company relatively recently. Still, now we can say that it has every chance to win the favor of users.

It’s simple: firstly, awards are distributed every week, which means that you can significantly expand the limits of your financial capabilities simply by playing an active game. Secondly, the promotion terms are extremely simple and unlikely to cause difficulties even for an inexperienced beginner. Maximum advantages and minimum restrictions – what else is needed for a successful start?

So, to become a member of the 1xBit Mystery Box of Free Spins, it is enough to complete a chain of elementary steps:

Attention: if you don’t have your own account yet, start with its registration (we talked about all the features of the procedure and a cool gift for beginners that can be obtained using the ISPORT promo code in a separate article).

All stakes placed by the client in the gaming section from midnight on Wednesday until 23:59 on Tuesday (world time) are counted. At the same time, it does not matter how much time you spent on the 1xBit website and how well you managed to study it – even with the most modest experience, you will be able to claim victory in the next stage because gifts do not go to the luckiest, but to the most active!

Attention: free spins are awarded every Thursday to thirty participants who have shown maximum gaming activity.

After the final summing up, bonus scrolls are credited directly to the winners’ accounts. You can find them in the “Bonuses and gifts” section, but be careful: activation takes exactly five days from the moment of accrual, after which the promotion burns out.

The promotion organizers have not set any limits on winning from the received free spins. Simply put, you can write to your account and 100, and a thousand, and 10 thousand euros – the entire amount will remain with you, but with one condition: within three days from the moment of activation, you need to wrap all the winnings in a fivefold amount on your favorite slot machines. The exception in this case are:

Otherwise, all the standard rules of the site apply to the 1xBit Mystery Box of Free Spins promotion. So, in particular, it is not allowed to sum up this bonus with any others (only one promotion can be active at a specific time). In addition, the organizers remind you that any attempt to increase your chances of winning dishonestly – for example, by creating an additional account – is considered a gross violation and may result in a ban.